Thanks for coming to non-Hollywood!

If you've been coming here for a while you may notice a few different things going on. That's because for a little while we are featuring a free audiobook version of the novel non-Hollywood, read by the author Neal A. Yeager, so we've adjusted things accordingly.

And this free audiobook is no normal audiobook. For this version, Neal narrates on-camera, with each of the 59 short chapters featured as a different video segment. 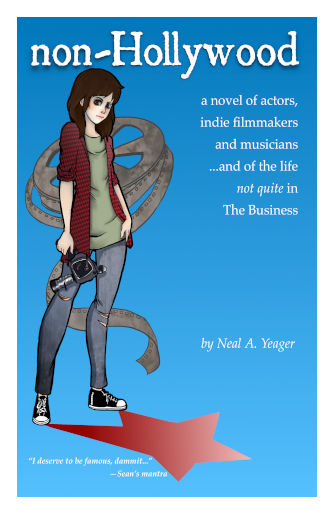 By the way, this is one of the few audiobooks on youtube, so if you would like to check it out there, simply take off from one of the chapters and head to youtube for your free audiobook.

And just so you know, all of the old content for this site is still here. Just click on the Old Site link at the top of the page for some of our previous content like our super-popular Women of Indie Music list or the one where we look at some of the best covers of songs by The Cure. It's all still here (though, to be honest, it should probably be updated).

At any rate, thanks again for stopping by. Browse the chapter list below to find something that might interest you. Or just jump in with chapter 1 and start reading!


All chapters of the novel non-Hollywood

Chapter 1: Life of an Actor

Chapter 4: I Deserve to be Famous, Dammit

Chapter 6: Actress, Agent, A Nice Meal and Some Other Stuff

Chapter 9: How to Become a Rockstar

Chapter 21: Late at the Pier

Chapter 26: Giving Up on Your Dreams

Chapter 28: Not Really an Actor

Chapter 35: Terminated and the Terminator

Chapter 53: Career Success… of Others

Chapter 57: The Acting Coach Gives Up